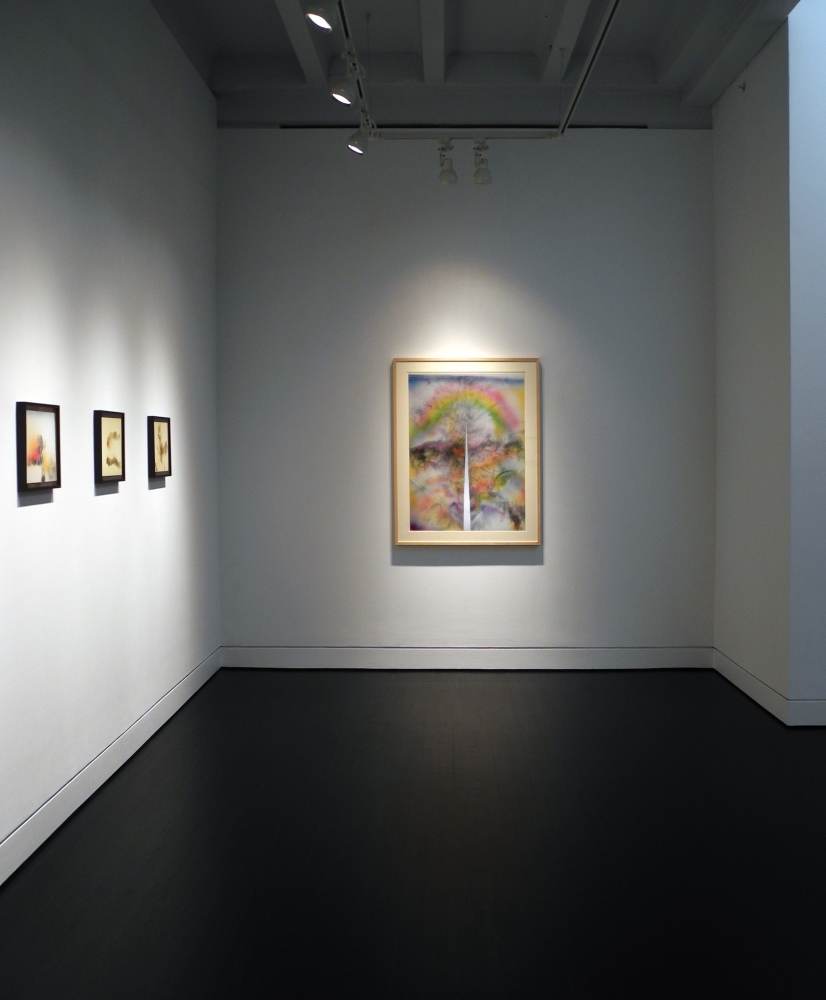 A shaper of the ephemeral, Rockne Krebs pioneered the use of lasers to etch sculptural forms in light. Of the more than 40 public pieces the D.C. artist installed before his death in 2011, only four are now in operation. Some may be restored, but they’re innately harder to preserve than works such as “The Smoke Drawings,” which Krebs made by passing a candle close to paper. Eighteen of these untitled pictures, all from 1973, are now at Hemphill Fine Arts.

Patterns in gray-brown soot dominate a few of the compositions, but all of the works also include spray-painted hues. Sometimes, the preserved fumes appear merely to shadow the pigment, mostly in yellows, oranges and reds. Blue also features in the largest and busiest of the drawings, suggesting an abstract-expressionist canvas. It’s the simplest ones, however, that give the strongest sense of the process. They’re most evocative of Krebs’s larger project: to make something lasting out of the most transient materials.