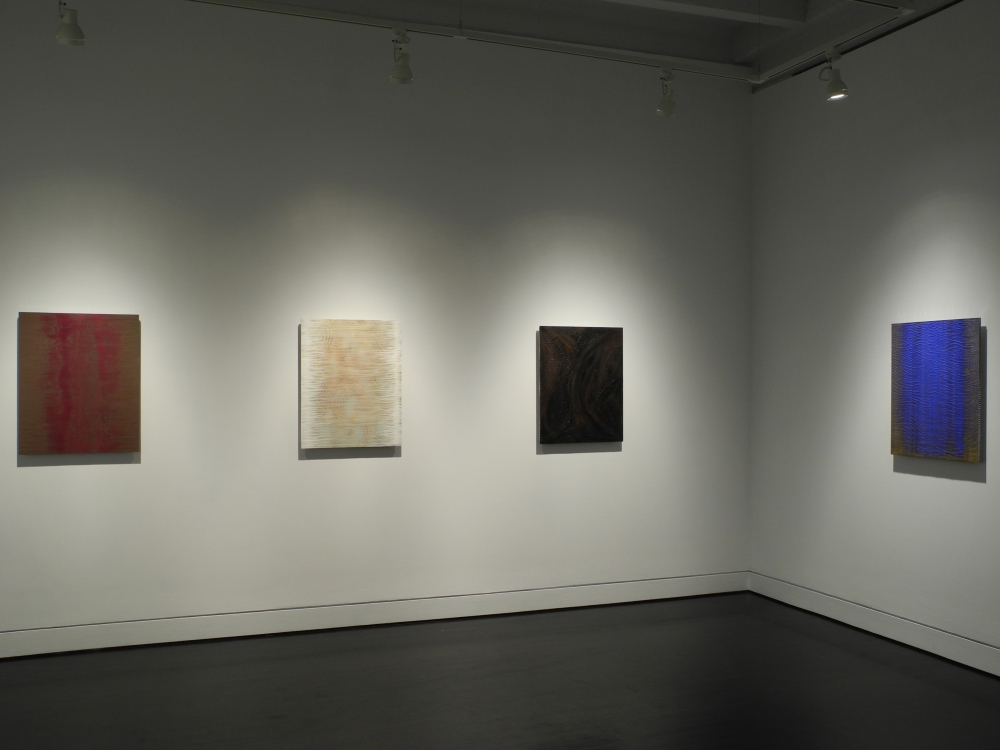 Circa 1979, Washington’s artists and punk rockers were spending a lot of time at each other’s places. From the Corcoran to scruffy arts spaces, musicians and artists cohabited and collaborated. Two exhibitions in local galleries evoke that period, one explicitly: It’s titled “Hard Art DC 1979,” after the year and a Logan Circle live-work space that hosted both art and rock. The other is “The Big Payback,” a music-inspired show of abstract paintings by Robin Rose, who at the end of the 1970s was performing with a locally popular band, Urban Verbs.

Rose was a painter even then and has worked for decades in encaustic, which mingles pigment and wax. At one time, his palette was heavily gray, but the colors in “The Big Payback” range from muted to vivid. The Hemphill Fine Arts show is named for the James Brown hit, and the individual paintings for numbers by such musicians as Hank Williams, John Coltrane, Jimi Hendrix and Captain Beefheart. By titling the pieces after a few of the tuneshe plays while working, the painter notes, he’s paying them back for their motivation. (Brian Eno and Nick Cave are among the younger performers cited; apparently, Rose is unimpressed with the likes of Katy Perry, Lil Wayne and Arcade Fire.)

The artist says he wants his paintings, executed on linen on aluminum panels, to be “familiar” without being literal. Some of them evoke science or industry: “Bat Chain Puller” has a coppery metallic cast, and “I’m So Lonesome I Could Cry” resembles an X-ray. Yet other works hint at water or foliage: The circular patterns and deep azure of “Kind of Blue” imply a pond, while the ripples down the blue center of “Natural Woman” could be waves, branches or leaves. There are also art-historical echoes: The circles and spirals of the preponderantly black “Break the Curse” suggest an Adolph Gottlieb canvas drained of color, while the maze-like patterns of the mostly white “Neither Fish nor Fowl” are vaguely fauvist.

Rose emphasizes that he works on one painting at a time and doesn’t move to the next until he’s finished. Yet the pictures feed off one another, and look great together. The show includes a few diptychs and triptychs, whose presence seems to acknowledge that contrasts between the individual works contribute to their appeal. “ ’Round Midnight” places a mostly brown piece, whose heavily worked surface seems positively archaeological, against a darker one; “A Love Supreme” is a fiery trio whose textures recall tie-dye and thrift-shop dresses. Even the white and gray pictures — some of which are untitled hints at Rose’s next direction — offer myriad depths. “Taking Tiger Mountain by Strategy” may not reveal much about Eno, whose music provides the title, but its honeycombed forms provide abundant paths for the eye to follow.