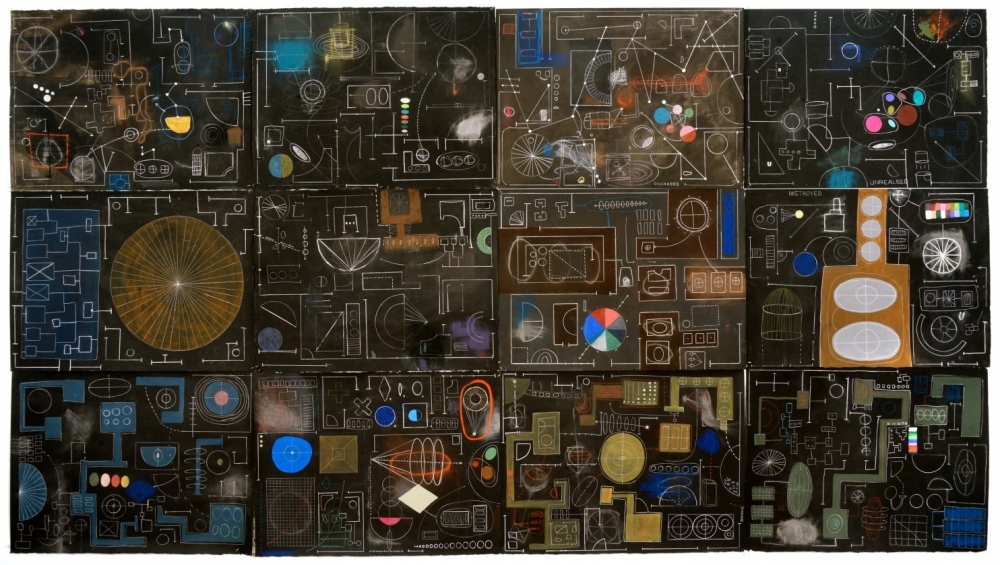 Like portraits, monuments are no longer limited to the rich and powerful. They don’t even have to memorialize any particular thing. The sculptures in Mike Shaffer’s American University Museum show, “Towers and Monuments,” include a ziggurat dedicated “to the train they call The City of New Orleans,” made primarily of blackened, cross-stacked railroad ties. But most of the Cumberland, Md., native’s art appears to flow from what calls his “childhood fascination . . . with building blocks.”

The bulk of the selection is in the outdoor sculpture garden, but not all Shaffer’s materials are durable enough for that. “Great White Way” is a stack of foam cups, artfully fitted together — top to top and bottom to bottom — in sets of four. Several grids of aluminum tubes suggest Sol Lewitt’s minimalism, except for shiny coatings of auto-body lacquer and an occasional playful break in geometric arrangements.

Most of Shaffer’s pieces are sleek, tidy and in a single color or a narrow range of contrasting hues. This reflects his credo — “my work is about ideas rather than things.” Yet he sometimes lets the material rudely speak, as in a spire of salvaged lumber from which bent nails protrude. The concept is immaculate, but the object is battered by real-world use.

Theoretical and actual also contend in Julie Wolfe’s sprawling “Quest for a Third Paradise,” upstairs at the same venue. Included are one of the local artist’s “Green Rooms,” an array of bottles filled with water samples dosed with extracts and chemicals. The infusions yield intense hues that Wolfe echoes in paintings, drawings and a collage that creates a color wheel from covers of books and pamphlets.

The third paradise the D.C. artist seeks is one in which nature, technology and humanity all flourish. She evokes this in pictures that suggest both organic and electronic systems, or by juxtaposing black-and-white photos with areas of pure color. In video close-ups of water, Wolfe celebrates the organic world’s continual flux. Yet her hard-edge pieces display a parallel enthusiasm for the archetypal.