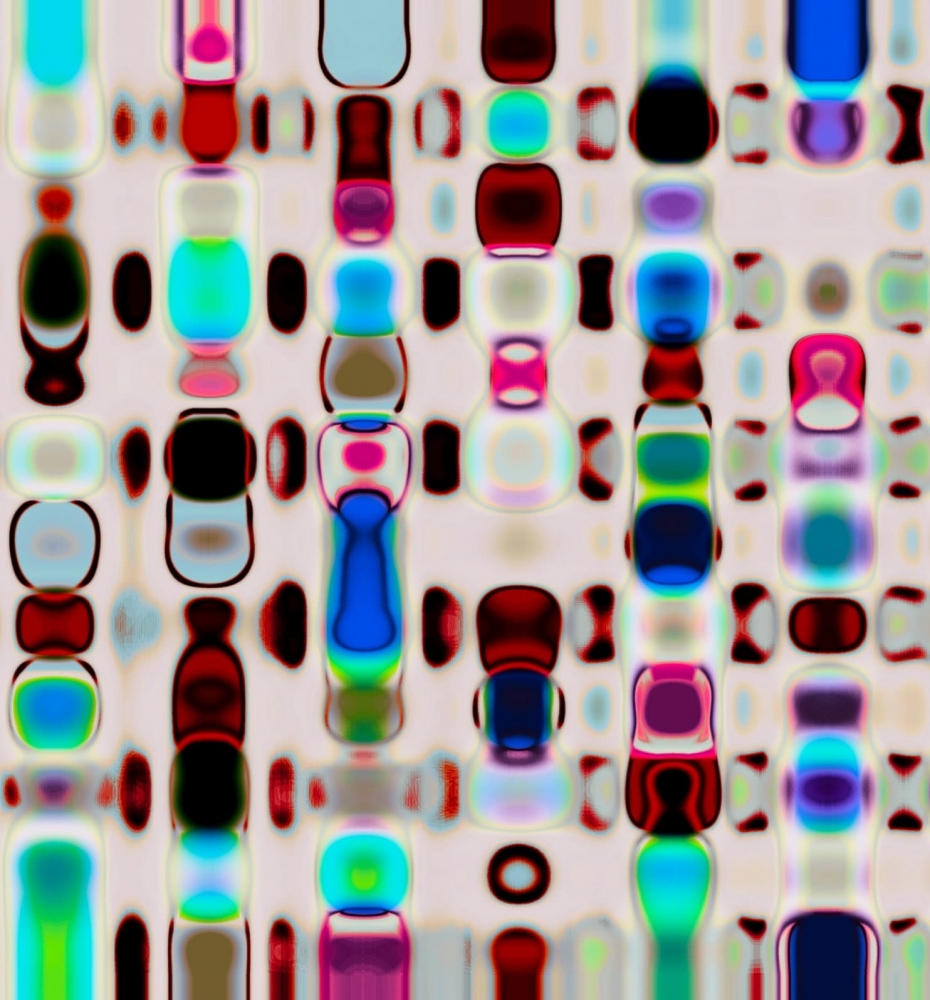 The photograph above shows a Scottish landscape shot from a moving train on Super 8mm film in 1999, or at least one part of  1/18th of a second in the film. Head spinning from those last 10 words? Okay, let’s back up.

Here is the Scottish landscape as we can see it with the human eye through the lens of a Super 8 film camera:

Colby Caldwell wanted to transfer the film into a computer, a feat he accomplished back then by aiming a digital video camera at the film as it played on a screen, copying the film, and then transferring the data into a computer using ancient software while he was teaching at the Corcoran School of Art & Design.

Amid the 3,240 frames he downloaded, Caldwell saw a mistake: a corrupt file. “When I realized you could make a mistake in this process, I got interested.” Caldwell saw the brighter side of mistakes in the wet darkroom when the light turned on too early in the processing or film was exposed in the camera. He realized in those moments that the medium trumps the message; without the film, there is no ability to make pictures in the first place. Now he knew the digital process could be just as faulty. This PICT file, not known to him at the time, was an entire exhibition he would create in the future.

From time to time, with ever-advancing software updates, Caldwell reopened the file. He investigated large parts of the image and the tiniest of pixels, cavernous and colorful. He saw a new language emerging within photography with each venture. “A photograph used to be one thing – film, paper, silver gelatin, and chemicals,” says Caldwell. “Then color appeared and people pushed back. Then it was digital. What is it now? I could not give you the definitive definition because in an hour it could all be completely different.”

These are photographs, Caldwell insists, because they have all the elements of a modern photograph: light, time, a capturing tool, and a subject.

Caldwell feels reinvigorated by his years of examining this one frame. “Instead of being locked into a representational square, mimicking the thing in front of you,” he says, explaining the process of pointing a camera at an object, ” I found a way for the image to be abstracted through the process rather than the other way around.”

His former students still learned about photography with a manual camera in hand, however. “Why does photography persist?” Caldwell muses. “It’s the images we leave behind that matter- the snapshots, the Facebook pages, the iPhone photos. But this time, as Roland Barthes wrote in “Camera Lucida,” I had the chance to think about the image instead of just making them.”