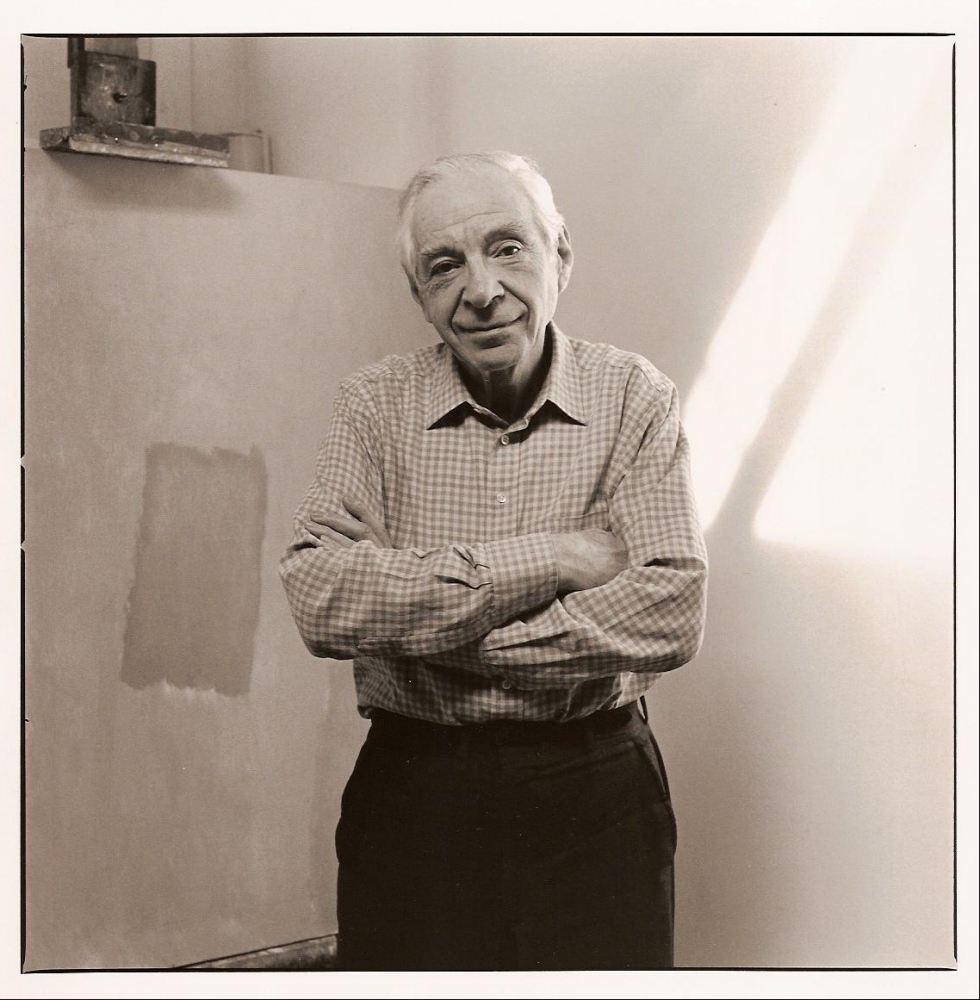 Jacob Kainen was born in Waterbury, CT, in 1909. He studied at the Art Students League and worked in the WPA Graphics Division in New York. In 1942, he moved to Washington DC, where he lived and worked until his death in 2001.

His work took root in the social realism of the 1930s, later becoming involved in the development of abstract expressionism. In 1946, he was included on Ad Reinhardt’s “Tree of Modern American Art,” a succinct map of the artists and movements defining art of the modern era. Kainen’s visceral abstractions of the 1950s encapsulated the intensity of the era, and though a break from abstraction led to a body of figurative work in the 1960s, he entered into a period of dramatic refinement of abstraction in the 1970s and 80s. Kainen’s vast fields of color and exploration of light and space allow for visual and intellectual reflection. Kainen’s work is represented in the collections of the Smithsonian American Art Museum, Washington DC, the National Gallery of Art, Washington DC, the Museum of Modern Art, New York, NY, the Yale University Museum, New Haven, CT, and the Whitney Museum of American Art, New York, NY, among other public and private collections.